Great wedding band reviews are common here at Wilson Stevens, but sometimes a client goes above and beyond in praise of our artists. So once a month we like to feature our favorite, most touching, or just downright thoughtful testimonials on the Blog. 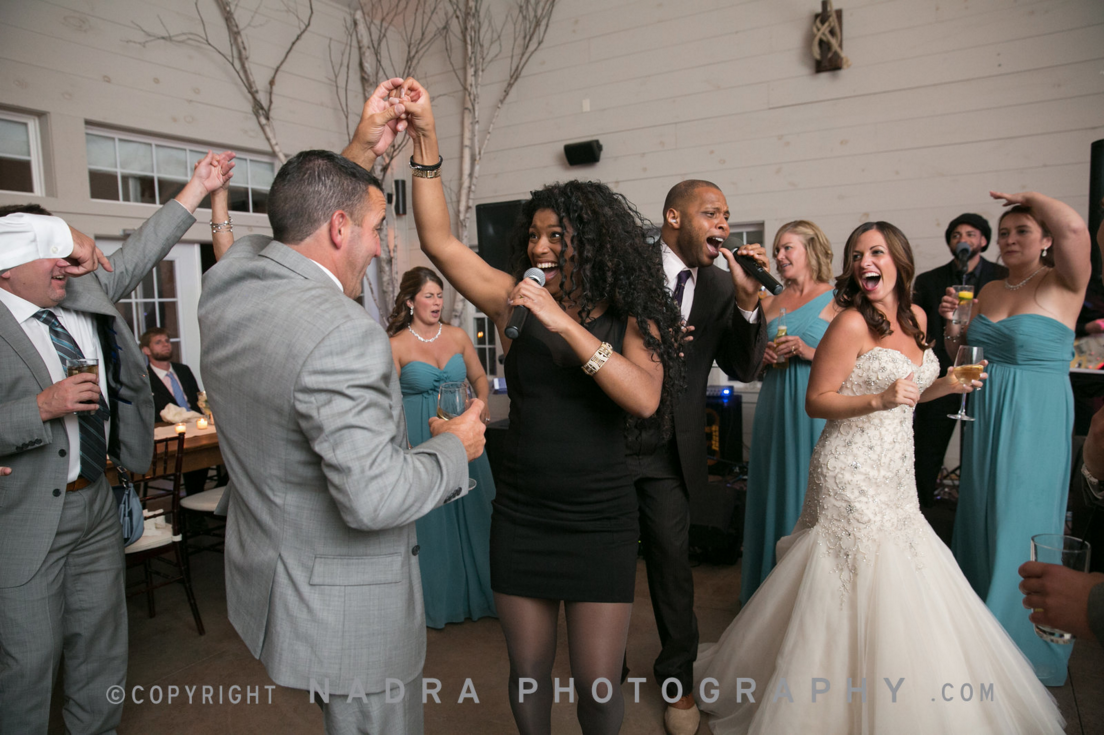 “Encore is all the guest are talking about. The band and Wilson Stevens were the best and easiest vendor to work with for our special day, period. I can’t say enough!”

“WOW! What an amazing night we had with the Splash band!!! They rocked it! Our guests haven’t had that much fun dancing and singing since I don’t know when.

I appreciate their hard work and thank you for getting all of my messages to them. They were outstanding. We even enjoyed our late night karaoke dance party at the after party!”

“Music was unbelievable. I thought Stevie Wonder was singing the father daughter song! Unbelievable compliments we have gotten about them, and have had many friends that want them booked for there own weddings!

Groove Alliance made our event so special, they filled the dance floor, they were so fun and so entertaining! But most important their talent was incredible!!”

“The most commented thing at the wedding was about the quality of the band. Sam was so great. She listened to all of our suggestions and thought of things we didn’t even think of. During the performance they were able to roll with the punches really well.

FreeStyle had the entire building dancing, and were so good at keeping the energy up. When our ring bearer was getting tired they brought him on stage to sing his favorite song before he had had to leave. That was a really sweet touch. Thank you guys so much!”