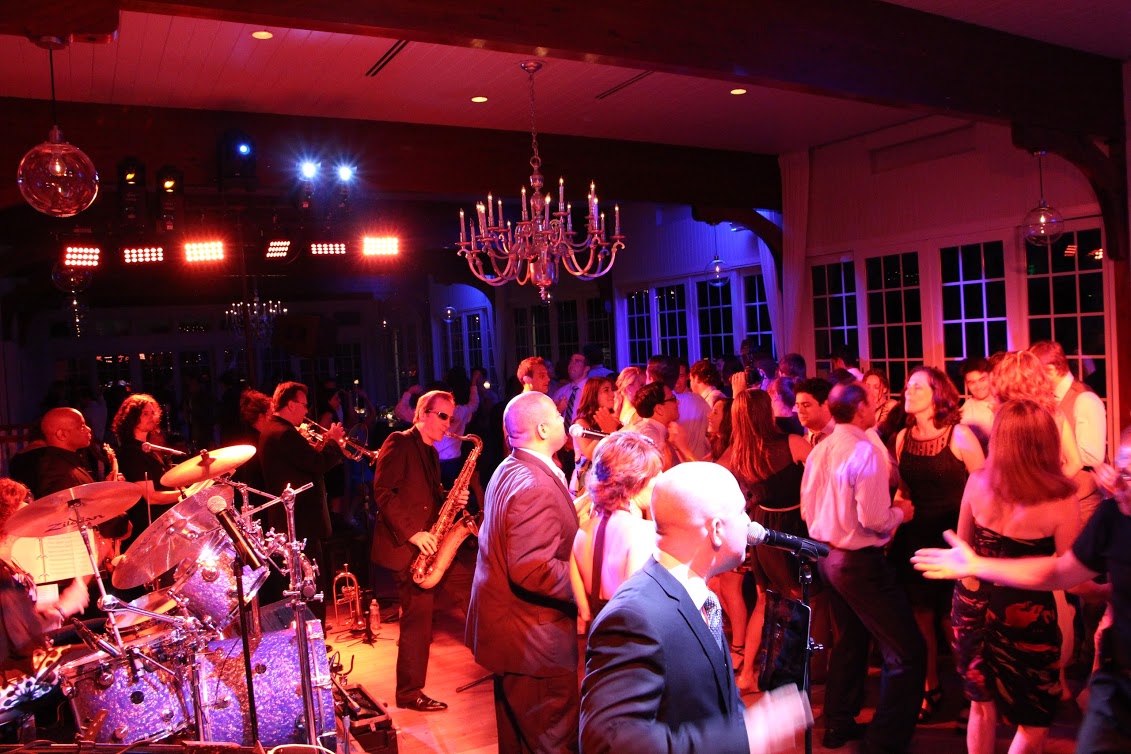 “We hired Beantown for the band for our daughter’s wedding. First let me state that I am in the music industry so this is in my ball park. Upon checking out many many videos on YouTube, it was obvious Beantown would be our choice. It’s like the Olympics where all the best athletes compete but the winner of the race just wins hands down. So I knew they had the goods.

Then they were responsive to our requests and ideas. I expected them to say thank you but really we know best. I wanted non-stop music, no breaks, just one song into another. Their response was, “that’s what we do,” and that’s what they did! They gave us a list of the songs they perform and we were able to pick songs we liked and songs to avoid. They even learned some new songs just for our wedding ceremony. They had at least 3 lead vocalists who often went out into the crowd and sang with the dancing guests. This upped the energy yet again.

Also let it be known they were NEVER too loud. In fact they weren’t loud at all, a complaint I’ve made at just about every wedding I’ve gone too. It’s been a few days since the wedding and every call we get thanking us for the party mentions how great the band was, but what else would they expect because I’m in the music biz. You don’t have to be in the music biz to recognize the best, you just have to hire Beantown and get the kudos for being so smart. That’s all I did.”

While we’re beyond flattered to hear such high praise for Beantown from someone who knows his stuff, the icing on this cake is simply a happy Father of the Bride!